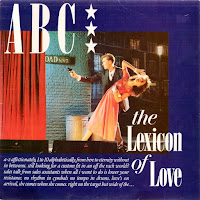 Yesterday in a local vinyl fair I had in my hand a copy of ABC "Lexicon of Love". I know this very well and I have in several support (cassette, mp3, flac etc. ) but I never had a vinyl copy of it.
How many emotions and memories !!! so I couldn't resist and I had it for 5€.
The vinyl condition is very good so I am really happy of my purchase.

I already posted this in the past (link expired) so here again a vinyl rip from the web (not mine):

The Lexicon of Love 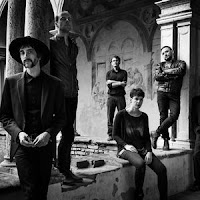 I suspected that this Italian band is well known in other european countries  but not so here in Italy.  Now I have evidence that this is a fact.
Last Saturday I saw  Julie's Haircut live (I was waiting since long time after I bought their last vinyl production) and I was really surprise of the location (so small !!!) and the public (not more than 40 people!!!). Really as a private party.
Surely the event was not well publicized  (information was very poor). At the end a good performance  that would have deserved a better location and a larger audience.
The last production " In the silent electric" was released just few days ago and this is the tour for the new album.
They will be in Milan in January. I hope (for them) with a larger audience. 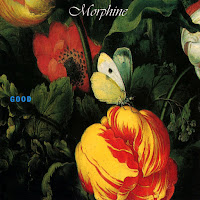 Summer is gone. Autumn is here with its rainy days. So is just the right atmosphere for "Morphine" music.
The Boston band of the '90 with an original instruments mix (2 cord bass, saxophone,  drums and no electrical guitars) and with a magic result.
If you like Noir-Rock-Blues (Tom waits, Doors, Nick Cave, Gun Club) this disc is for you.
The tragic end and history  of the band you can read here:


And a flac version of the disc here: Hear - good